The Slovak Bible Society is a civic association founded in 1990.

Right from its inception, it began working on the first Slovak ecumenical translation of the Bible which was completed in 2007.

For 30 years of its existence the Slovak Bible Society has published a number of Bibles, study materials, aids, children’s or other Christian titles and implemented several dozen projects to support the spread of God’s Word. 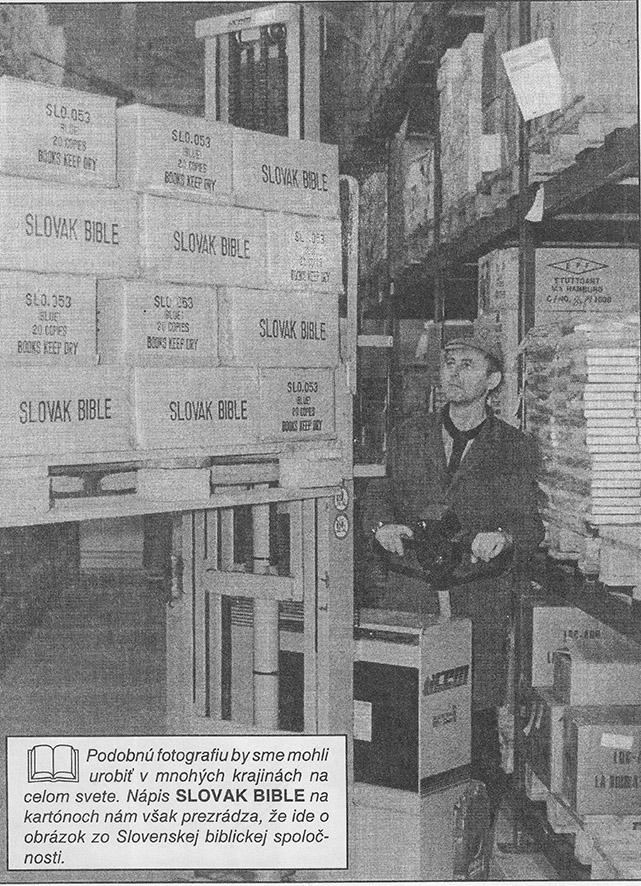 The Slovak Biblical Society started its activity on November 26th, 1990, building on the work of the Institute of Bible Enthusiasts (Institutum Philo-Biblicum) – the Hungarian Bible Society, founded in 1811 in Bratislava. The Institute of Bible Enthusiasts was the first Bible society in Central Europe and one of the earliest Bible societies in the world, even before the Bible societies in the Netherlands, Finland, Denmark, Norway, Sweden and North America were founded.

In 1949 the Czechoslovak Bible Society was founded. However, under the pressure of political change it was short-lived; its activity was forcibly halted on January 31st, 1953.

Only in 1990 it was possible to establish autonomous Bible societies in Slovakia (Slovak Bible Society) as well as in the Czech Republic (Czech Bible Society), respectively.

Slovak Bible Society brings together people who share love for God and for His Word.

Our members are churches, church congregations and Christian organisations or individuals who want to support the activities of SBS.

The Slovak Biblical Society and its members profess the Lord Jesus Christ as Savior and Head of the Church.

Enter your email address, so we can inform you several times a year about the activities of the Slovak Bible Society.